It’s been a busy fall for me in- and outside of the demoscene and I’m not even halfway done with it..! A few weeks ago, Preacher was asking around for a “urgent demosoundtrack” so I decided to dig my archives and found a glitchy sketch for another (quite dead) project that I had lying around. I showed it to Preacher and he judged it workable as-is, even though it was mostly placeholder sounds. “There’s beauty in incompleteness”. What a poet, that guy.

So, while I was raving in Italy for a week, Preacher had finished the demo with Kenet and released it at Function 2013, where it placed #5 in the combined demo competition. It is called The Tabernacle by Brainstorm. 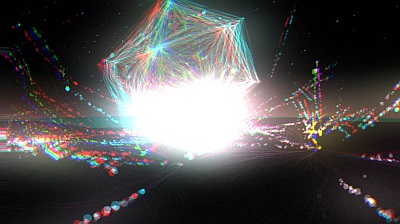