Rale of Traction msg’d me on IRC: “Have you done any breakbeat lately?” No, I hadn’t really. But apparently I would. Thus, after the usual cycle of procrastination, real life getting in the way and finally an electricity spike caused by a storm called Eino (you know shit gets real when they give the storm a name) rendering my music computer to near unusable state, I had almost three minutes of finished music. Two days before Finnish Amiga Party 2013, no less! So, pulling an all-nighter, Rale put together the final touches & sync for an Amiga demo which we ended up calling Swookie: 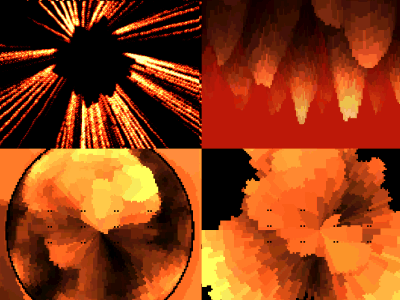 So, this will be my final contribution to demoscene for a while, as I am finally forced to migrate from my trusty old dual core (winxp 32bit 4lyfe) to a brand new, shiny 64-bit i7 setup. Also, I need to get my primary audio interface fixed, since it’s been dead for like half a year. While I’m at it, I will rearrange everything in the room and basically rebuild the ‘studio’ from scratch. So it’ll take a while, but I’LL BE BACK. Changes to routine always bring out the creativity and I’m really looking forward to starting from a clean slate!