As the first signs of spring appear even in Finland, demosceners from around the world flock to The Largest & Bestest[citation needed] demoparty in the world, Revision! Naturally, I couldn’t resist joining in on the fun. And fun was had.

I had not planned on really making anything, when Dodke contacted me and asked for a soundtrack. For Amiga. Unique would be back at it again with a space themed Amiga demo. As a lover of space demos, I was really into the idea! So, after I had resolved some hardware issues, I soon handed over to the guys a draft of a spacey 130bpm techno track and a short conversation ensued:

In my opinion, suddenly the track sounded much more modern & interesting. Kudos to Raymon for the great idea! It was perhaps the most outside influence I’ve ever had during creating a track.

The demo turned out great! I really love the amount of quality content the guys had prepared for it. The demo was finalized in a hotel room, while I was.. Um, handling the promotion at the party place. Their sacrifice was worth it! I really love the flow of visuals and the sync with the track, not just rhythmically but stylistically too. Good work, Kevin! 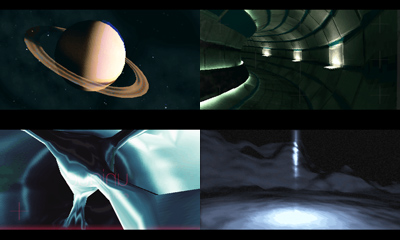